The Visual-Spatial Advantage in Emergency Preparedness 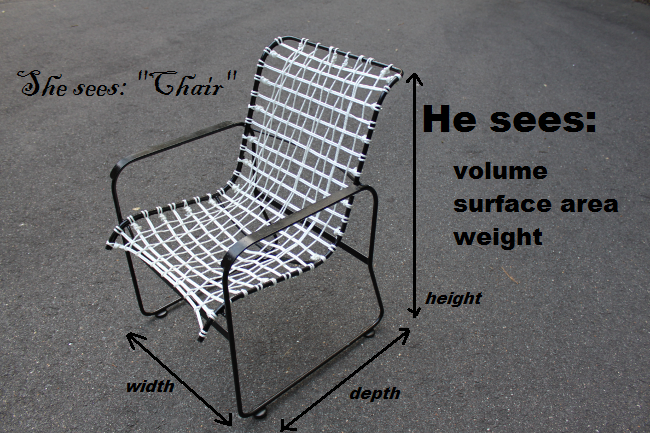 During the recent earthquake and hurricane, I got a lesson in thinking styles comparing my response to these disasters to that of my husband, a classic visual-spatial thinker.  It just goes to show that even after 14 years of marriage, you can still learn something new about your spouse!

I have come to the realization that in an emergency, I am generally a panicker and am not capable of doing much thinking.  My best bet for survival is to default to a memorized, practiced instruction or follow instruction from a knowledgeable source.  Most people are probably similar.

My husband, in contrast, falls in the category of people Amanda Ripley described in her book The Unthinkable, (that I reviewed in March) that “see very little risk in most threats” and are well-suited to survival situations.  Two examples show this ability.

When the recent earthquake struck my husband’s office building, he paused for a moment to survey what was happening, made a conscious analysis that this was an earthquake and made a quick calculation of its severity based on the impact it was having on objects around him.  He determined that the earthquake was not going to cause major damage, sheltered in an appropriate spot in the building and soon after the earthquake was over was back to work!

When we were preparing our home for Hurricane Irene, I nervously insisted my husband pull in all furniture and loose objects off the patio, (having recently read an article that if the windows in your home get broken in high winds, it can destabilize the walls of your house and cause it to fall down).  My husband explained that he had left a few items out when he was putting things away because they did not have enough surface area to be picked up by the 30 mph winds expected.  We then had an interesting discussion about how we see objects generally.  While I see them in a sort of one dimensional way, as just stuff that can be moved about in various ways, he sees them in a very three dimensional way, as objects that interact with their environment according to inherent properties of motion and utility.

This intense rationality under stress is unusual and valuable.  If you have this ability, consider volunteering to be trained for emergency response initiatives, or at least shout some directions to the rest of us when we are panicked and incapacitated!   While we recently discussed how visual-spatial thinking can pose challenges in certain situations, like the school environment, emergency preparedness is one situation where it is a definite advantage.

Are you a visual-spatial thinker?  Please share in the comments.