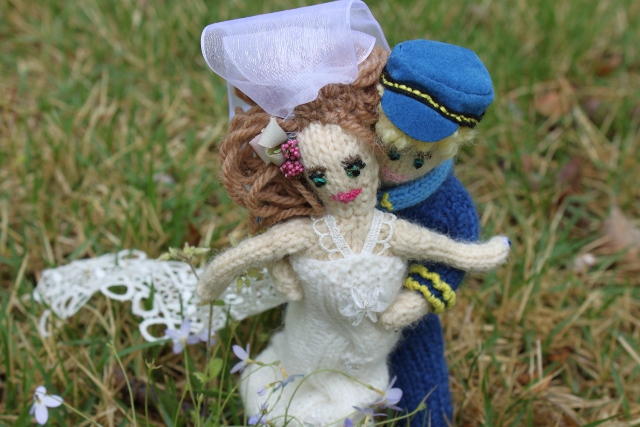 The world awaits the wedding of the century (and to be sure an amazing feat of organization!) tomorrow, between Prince William and Kate Middleton. We are all getting quite an education on the royal family in the news of late, furthering our fascination with these people who seem half-real, half imagined.  Below are some of my favorite news articles on the royal wedding:

Of course, the knitting article pulled at my heart.   Vogue Knitting also posted a link on their Facebook page to a similar free William & Kate knitted pattern from Galt Toys.

I decided my little girls needed a prince and princess of their own and set to work.  The only changes I made to the pattern were to cut it down to half-size so that the dolls were more pocket-sized.

Making the toys more special to us was the fact that I made them out of odds and ends of yarn inherited from my Yiayia.  My Yiayia was an incredible knitter herself and the one who taught me how.  I knew she would love that her scraps were used to make a princess for her own little princesses.

I made Kate first. 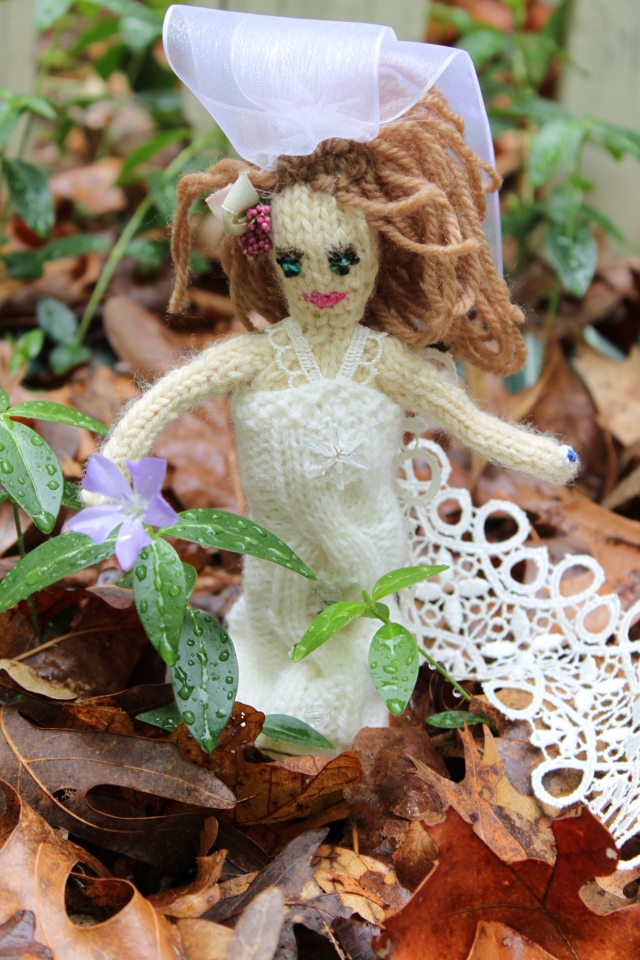 I went for a romantic Kate with hair down and flowing with flowers in her hair and a long lace train.  You may recognize the lace fragment as leftover from our Halloween costumes last year.

This was my oldest daughter’s first intelligent exposure to a wedding (although she served adorably as a flower girl at 2).  She wanted to know why Kate’s train was so long and found it very magical.

I knew my little girls would love the Kate doll. My oldest is at the age where she makes clear distinctions between boy things and girl things with boy things being clearly less desirable.

“Would you like me to make Prince William too?”

I was expecting a “no.”  In an encouraging sign to the young princes of the world, she consented.  As I was working on Prince William, I at one point referred to him as a doll, not realizing that he too was magical in my daughter’s eyes.

My William came out a little more like a postman than a military officer but the general idea is right.  The faces on these knitted folk are tough to execute.  Clearly, I need a little more practice but we are having fun with them.

We have had many interesting play sessions about the wedding. 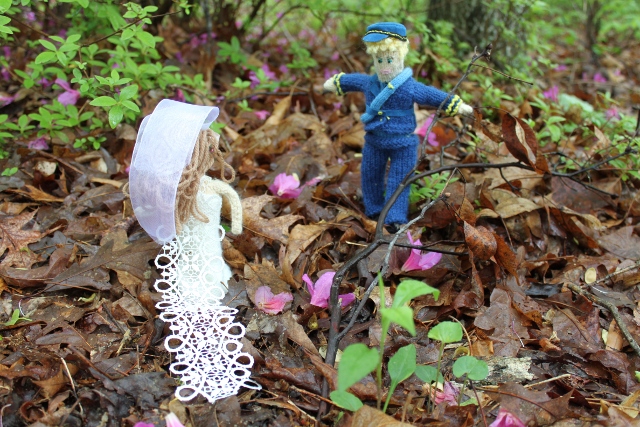 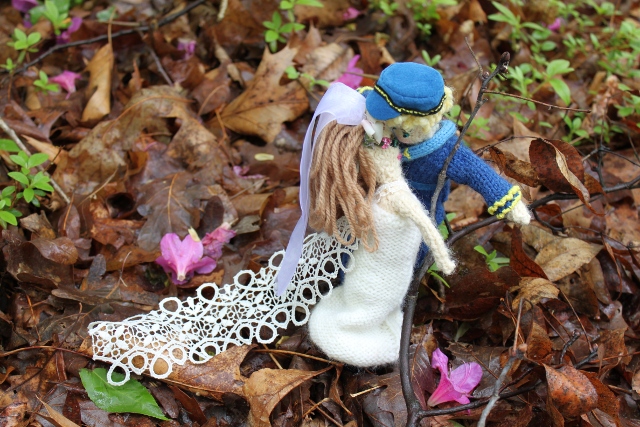 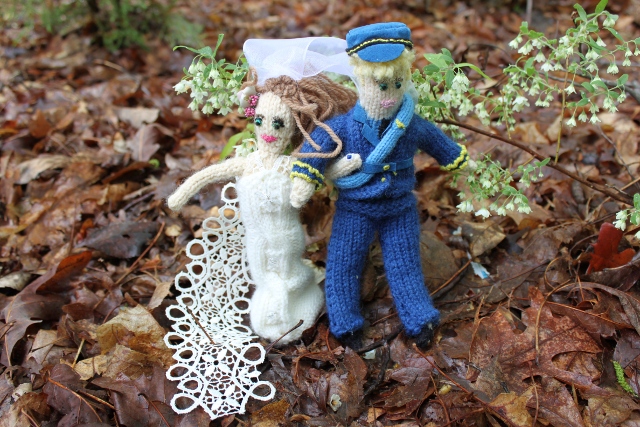 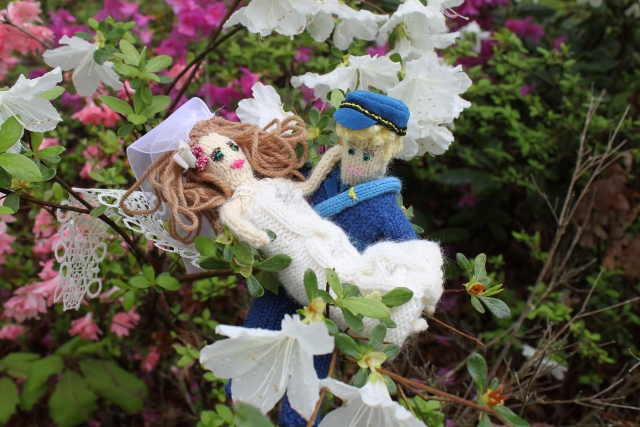 So far, this is my daughter’s current understanding of marriage:

“When you get married, you wear a pretty dress and a big hat in your hair.  Then people sit and clap for you.”

Congratulations to the new couple! May all my readers find their Princess/Prince Charming and live happily ever after! 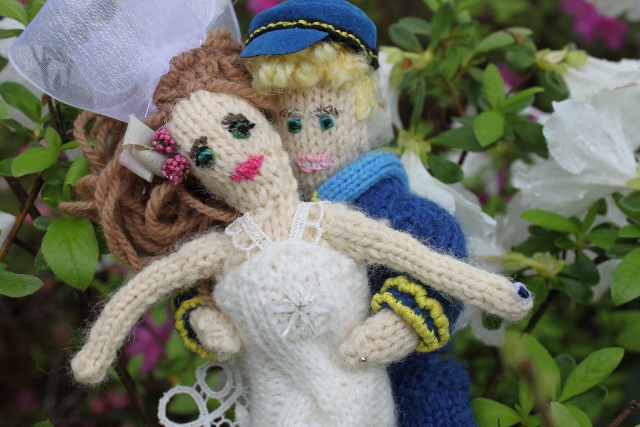 Will you be up at 4 a.m. (or earlier) to watch the big event tomorrow?